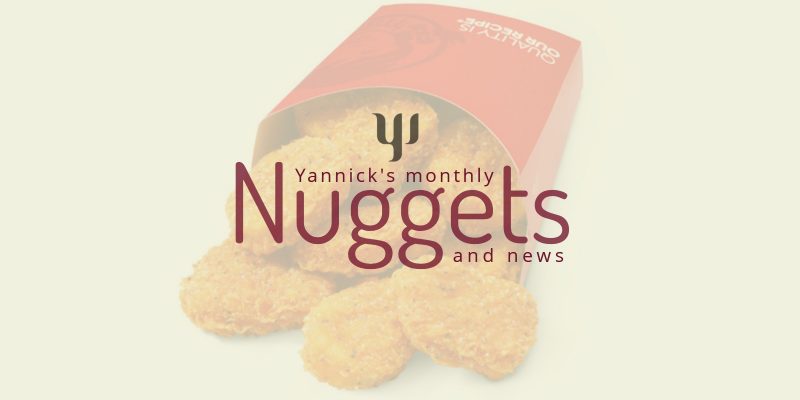 That’s been the responses I got a lot recently – often both at the same time, actually – when checking in with my monthly supervision groups. 2020 really warped our experience of time and gave it a pretty good shake.

Also, since we’re shifting the December sessions to early January, I’ve been saying Merry Christmas way more often than my love for accuracy is comfortable with this November.

But that’s what it’s like when you’re surfing (as per my last Nuggets). You lose track of time as you’re in flow. Csikszentmihalyi laid out how it requires a balance between challenge and skills. And oh boy were we presented with challenges this year! But I’m gonna put a stop to this right here. It’s November and I refuse to reflect on the year with another (perceived) 17 months to go. That’s something for the end of year Nuggets.

So as usual, please enjoy a few bites of what’s been going on for me this month, bits and pieces that I’ve come across or thoughts that have been on my mind, as well as a few fruits of that energy. If any of it resonates, make it swing! I’d love to hear from you 🙂

What made me cry
There’s something that really really moved me when I saw this video. It was probably a combination of my Appreciation of Beauty and Exellence character strength and my love for music. It’s such a joy for me to watch people at their most passionate and in full flow. Especially when it’s captured well! This one’s brought literal tears to my eyes. I had never heard about the Silk Road Ensemble until this but here‘s another video of them performing on the TED stage!

When’s the last time you’ve had tears in your eyes because of something like this?

What burst another bubble
Most of you will have heard of Ikigai, the Japanese concept that has often been translated as your “reason for getting up in the morning”, and beautifully depicted in a wonderful Venn diagram as a meeting point between what you love doing, what you’re good at, what the world needs and what you can get paid for. In fact, it’s the only concept print that’s hanging on the wall of my consulting room as I’ve been referring to it so often I decided to create a poster and hang it up on the wall. 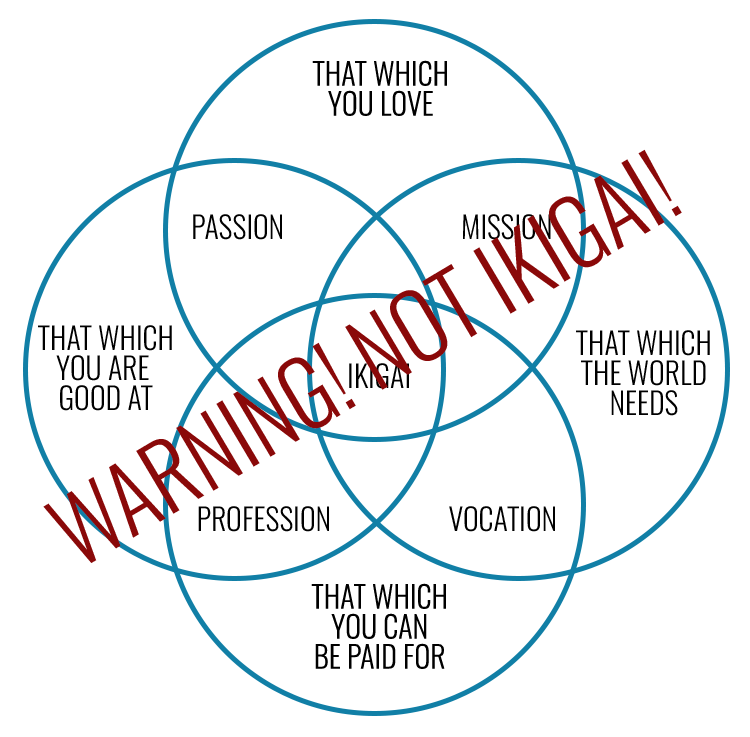 Well, fuck my luck! As it turns out that’s not Ikigai! Turns out that a chap called Andrés Zuzunaga had created (and published) this diagram, without the bit in the middle, as part of his research into purpose (and based on his astrology work with natal charts). 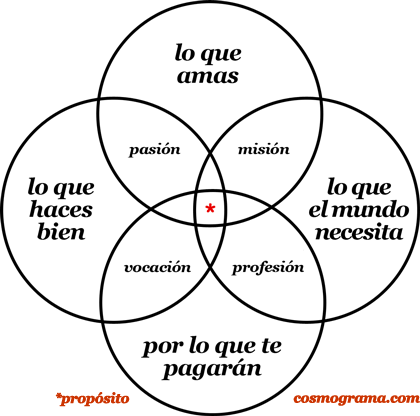 2 years later, along came Marc Winn and slapped an “Ikigai” into the centre, possibly misintepreting Dan Buettner’s TED talk on How to Live to 100+ in combination with having seen the purpose bit somewhere, put two and two (or rather 4 and 5) together and the diagram went viral!

Now this is not to take anything away from either the “The Zuzunaga Venn Diagram of Purpose” or from Ikigai (as beautifully described by Ken Mogi in his book and this podcast). It’s just that I’ll have to cover up the middle of my poster now and change a few presentations to correct the reference. I do like to be accurate and pay credit where credit is due.

Muchas gracias, Andrés. You’re purpose diagram smashed it out of the park! 🙂

What came to me in my dreams
It’s Saturday morning 6:21am (I suppose). I wake up from a dream with one crystal clear image in my mind: An email from Professor Jonathan Passmore in my inbox. For those of you who don’t recognize the name, Jonathan created the world’s first Masters programme in Coaching Psychology and it feels a bit like for every 5 books that get published on the topic, he’s written or edited one. Anyway, so I’m lying there on a Satirday morning, bloody early and wide awake, which basically never happens. I did expect an email since I had reached out about something quite important about the course we’re creating a week earlier and somewhat anxiously awaiting a reply, but when I lay there, wide awake on a Saturday morning with a clear image that it had arrived in my inbox, I figured “that’s not how this works” and tried to go back to sleep.

After some time of unsatisfying dozing (also quite unusual) later and still with this image in my mind, I decided to get up and check. It was still early (about 8am). And there it was: an email from Jonathan Passmore, which had arrived at 6:21am.

Now how did my mind pick that up?

When I told a friend of mine, his immediate reaction was: “Oh of course, it’s like when you take a piss in the middle of the night and you just know that someone’s staring at you!”, which I thought was hilarious, but also got the point. We pick up so much more than we think. It just hadn’t arrived in such a clear format so that usually it’s always been easy to explain it away in some logical way and focus on what we can actually know. Not this time. This time I’ve got an email into my mind. Now THAT’s an email address that’s worth having! Jonathan, please don’t pass it on! I don’t know how to change my number 😉

What I’m celebrating
It was January 2019. Most of the world didn’t know what the fuck a coronvirus is. All I knew is that I was gonna get married in 8 weeks, that my soon-to-be-wife had already been working out every day for the past 3 months and I had made a commitment to look at best as I could in front of our 300 guests. Yikes! So I consulted my old friend Tim Ferriss (ok, well, it’s one of those people who I always felt I should have been friends with, but somehow it never happened) and he recommended the Slow Carb Diet. There’s 5 simple rules:

Rule #1: Avoid “white” starchy carbohydrates (or those that can be white). This means all bread, pasta, rice, potatoes, and grains. If you have to ask, don’t eat it.

Rule #2: Eat the same few meals over and over again, especially for breakfast and lunch. You already do this; you’re just picking new default meals.

Rule #5: Take one day off per week and go nuts. I choose and recommend Saturday.

Back then it worked a treat, though I was on my own, and SUPER committed due to the impending “deadline”. This time I thought it would be a lot more difficult as my only goal was to get rid of all the weight that I had accumulated during the lockdowns (my wife, during her furlough back in April, had baked a different cake every week but ate very little of them. I love her very very much!!). I was in luck though as this time we were both on board and made it a bit more fun with varying no-carb deals every night and a GLORIOUS cheat day every Sunday.

It’s simple and it works. I wasn’t religious about it and didn’t torture myself but lost 1-2 pounds every week since August. Bueno! Plus we’ve “infected” a few friends too.

Probably not a great diet in the long-term but fantastic as an intervention and definitely got me to acquire some much healthier food habits in general (other than the binging on Sundays, something that I didn’t do before and that I’ll hopefully won’t struggle too much to drop after coming off Keto in 2021). Fingers crossed!

Quote I loved
“I don’t set the price for the work. The work sets its own price.”

This is what a coaching colleague of mine, Todd Roache said the other day on my coaching community as part of a conversation about how much to charge and the questions whether it’s ethical to filter out clients by how resourceful they are. I just loved that and it speaks to a process of getting into a meaningful dialogue with yourself, or to get in touch with your intuition of what your work is worth. I was immediately curious abotu how that process looks like for him and he did elaborate. If your work had its own mind, I wonder, what would it charge for itself?

DEALS DEALS DEALS
I always hated Black Friday. Then I started putting some offers out as I figured that investing not in stuff, but in learning and development is probably a good antidote to all the material offers out there. I guess it’s a good date as any to offer people a deal. And most of us love a good deal/opportunity, so why not? Here’s a few deals for you. Because I love you too 🙂

50% off my Positive Psychology for Coaching Udemy Course (valid for 5 days)
Includes monthly live seminars/Q&A with yours truly and lifetime access to my private Facebook group.

I’ve also just decided that the 3rd person who books a consultation gets 50% off whatever they’re after. Curious to see how that works out 🙂

It’s the most powerful and longest-lasting gift I know: A Gratitude Letter.
Seriously, do it! You won’t regret it.
And I do recommend to read it to your recipient. Writing it is great. Emailing it is excellent. Pen and paper plus sending it via the post: Magnificent…. But the reading it to that special someone, man…, it’s just so powerful! 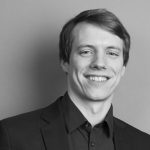 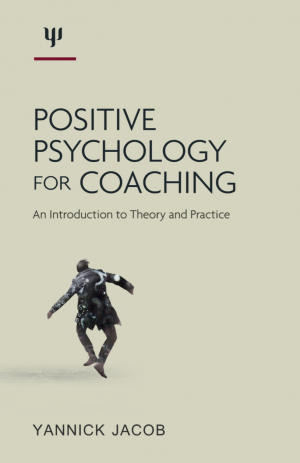 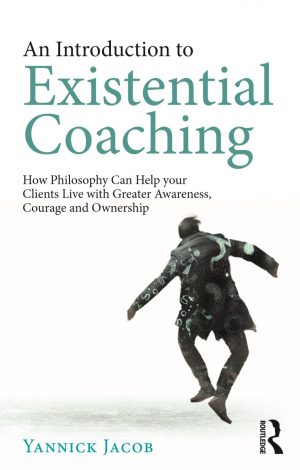